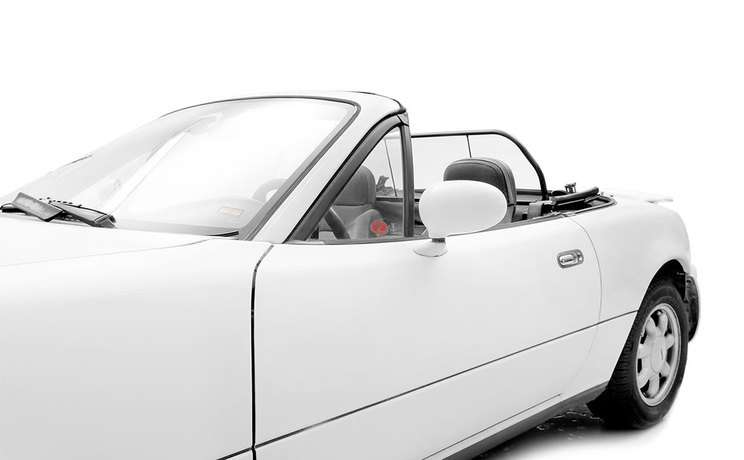 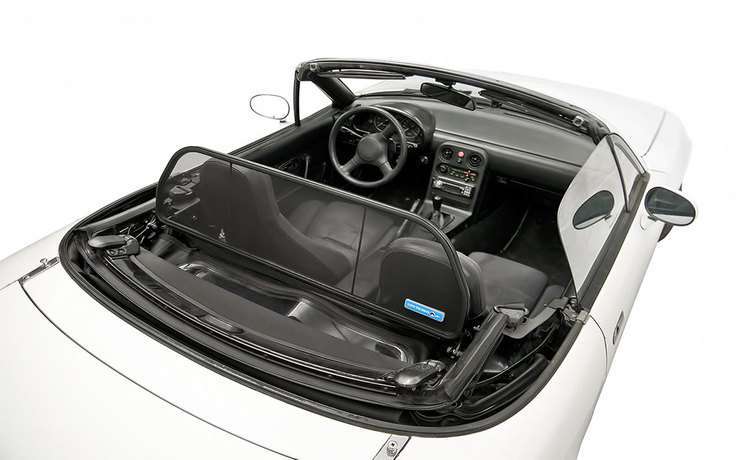 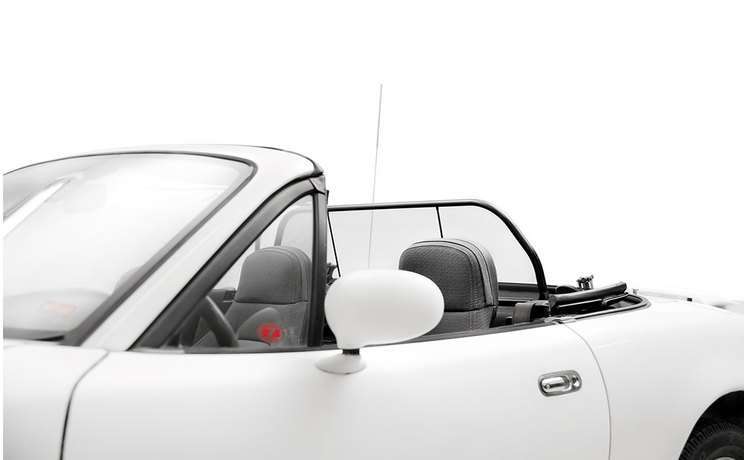 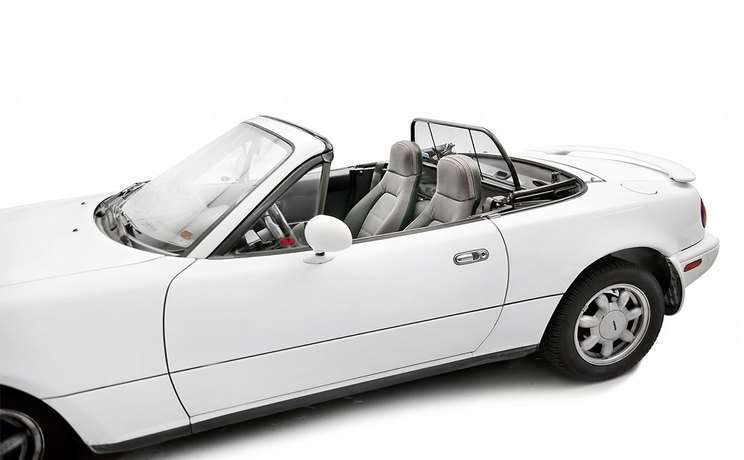 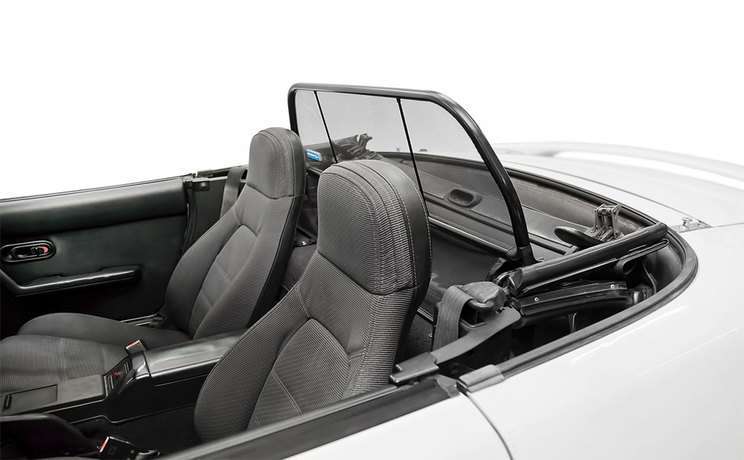 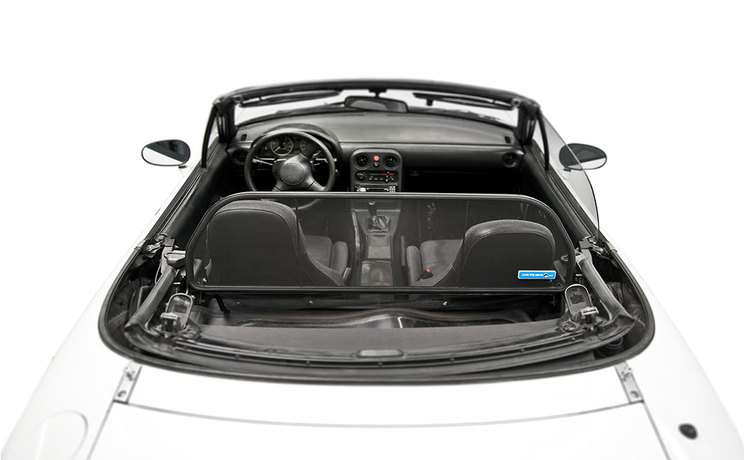 
See, feel and hear why wind deflector’s are the #1 convertible accessory for Mazda Miata’s!
A Mazda Miata wind deflector is an essential convertible accessory, the single most effective and unobtrusive way to reduce strong and noisy wind gusts while driving your Mazda Miata. Instead of the wind blowing through the cabin of your car, up to 75% of the wind is diverted over the back of your convertible, so you can soak up the elements instead of being at their mercy.

Extend your Mazda Miata season: with the wind deflector redirecting the wind over the back of your convertible, you can drive with top down earlier in the Spring and later into the Fall and in more comfort thru out the top down season.

Drive in peace and quiet: Without the loud rush of wind in your ears, you’ll finally be able to listen to music and talk with passengers. The difference is dramatic, especially when travelling at highway speeds.

Difficulty Level: Simple installation for anyone


Will it fit my Mazda Miata?

When installed - it's fantastic. Installation takes a few minutes, instructions are concise and correct, and the product does everything promised and more. It is well made, looks good, fits perfectly. If you have a convertible - you need one of these and LoveTheDrive.com is the place to get it.

The product is great, it totally cuts the wind inside the passenger compartment down. You can talk, listen to the radio and not get blown apart. Great product and super easy to use. Worth three times the price.